Dr Jacques Grobbelaar was the CEO and a major shareholder in Stadium Management SA over the period August 2009 – August 2019. Jacques sold his interest in the business mid 2019 and resigned as CEO. He took up the position of General Manager Risk and Safety at the Premier Soccer League.

The Stadium Business Awards are the only awards to recognise the whole spectrum of achievements from across the global stadium industry. Not only the venue and event of the year are acknowledged but also individuals from behind the scenes and within the industry.

His career in the event industry began over 22 years ago heading up event master planning for clients hosting major events at large stadiums and facilities such as Ellis Park, the Johannesburg Stadium, Soccer City (the old FNB Stadium) and Kings Park. He was heavily involved in the delivery of more than 380 large and major events such as the Rolling Stones in 1992, the Rugby World Cup in 1995 and the African Cup of Nations in 1996, before joining SMSA. With SMSA he has delivered another 500 large events attended by 7 million spectators. During the period leading up to the 2010 FIFA World Cup he consulted as a subject specialist as a member of the Arup Major Projects consultancy team on the 2010 FIFA World Cup Master Plan to the Polokwane Municipality and the local Peter Mokaba Stadium.

Jacques a co-owner of SMSA oversaw during the construction and pre-world cup periods the contractual delivery as Stadium Authority on behalf of the City of Johannesburg the Soccer City Stadium, Orlando Stadium, Rand Stadium and Dobsonville Stadium. During the 2010 FIFA World Cup SATM, consulted to FIFA’s constituent bodies, service providers, and the Local Organising Committee to ensure World Cup compliance at the stadiums.

Prior to Jacques’s involvement with SMSA he was the owner/director of a safety and events management company in South Africa. As a veteran he was responsible for the execution of many memorable large and mega events hosted over a period of more than 17 years in the South African events, sports and venue management industry. Jacques also consulted in the event venue safety environment for facilities such as Ellis Park Stadium and Kings Park Stadium as well as Polokwane City delivering its event master planning for the 2010 FIFA World Cup SATM. Prior experience includes: 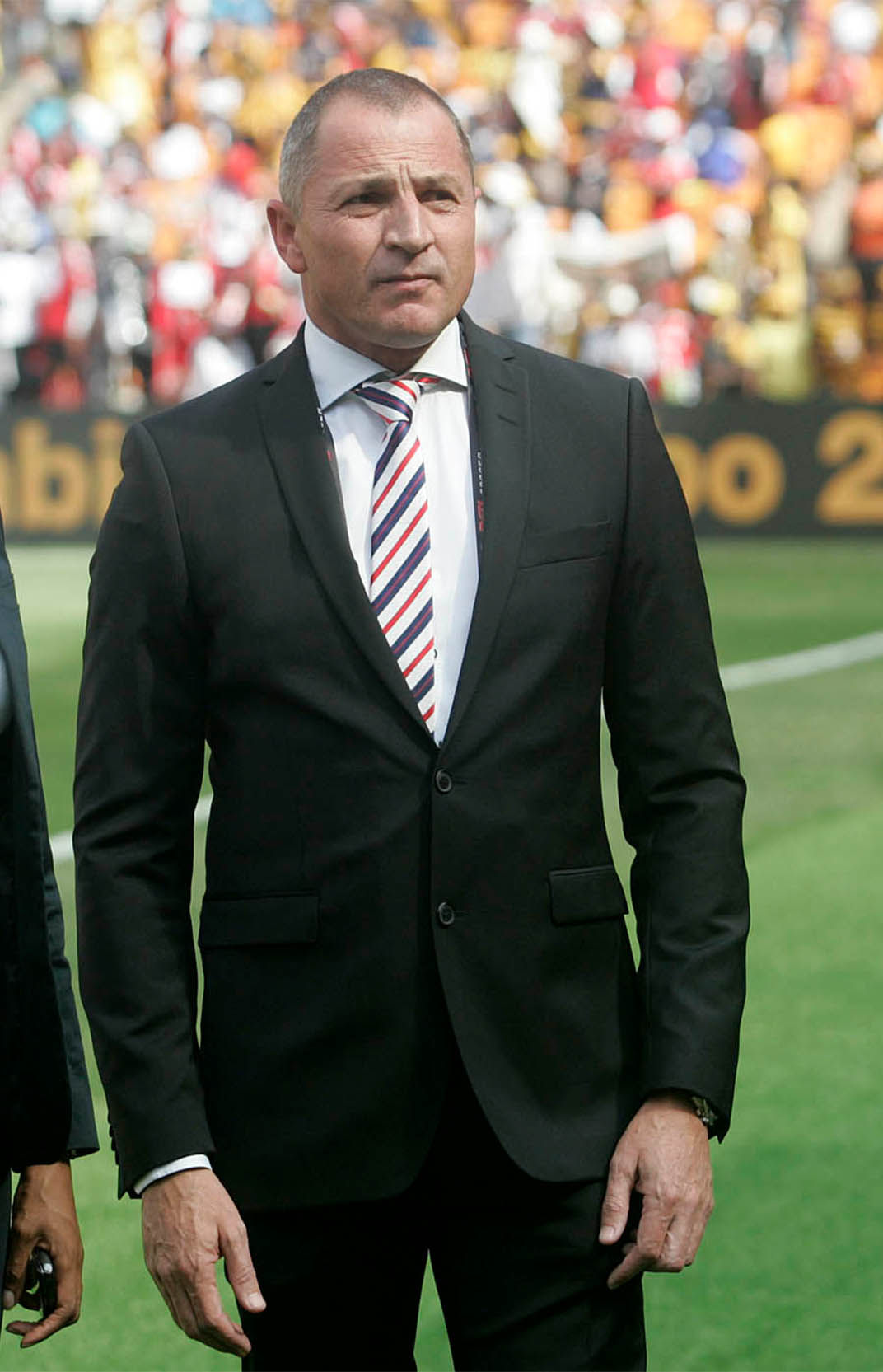 SMSA is self-funded and manages its funds and all activities related and incidental thereto.
On appointment SMSA executed specialist consultancy services during the construction and pre-World Cup periods to the City of Johannesburg; the aforementioned phases were followed by the World Cup and the legacy periods. SMSA inaugurated the new Orlando Stadium and the refurbished Dobsonville Stadium in 2009 as well as Soccer City Stadium, commercially known as the FNB Stadium in 2010.

About the stadia under the management of SMSA:

The paradigm shift which Jacques created in terms of opportunities for each of the stadia under the management of SMSA is significant. He is highly skilled in finance, corporate governance and compliance, events, operations, marketing, sales, media and PR and the accompanying unique multidisciplinary model enables SMSA to design and deliver commercially successful projects on behalf of its stakeholders, principals, clients and fans that meet rapidly changing expectations and requirements. SMSA’s expertise and experience in commercialising stadium advertising, sponsorship and hospitality rights and delivering major events prove invaluable. Jacques’s understanding of the complex soccer fraternity is instrumental in helping SMSA’s clients in operating concepts and strategies required for large-scale events.

It may have seemed obvious to invest in the management of a venue capable of hosting multiple sports events, concerts and shows and ensure operating pro ts. However, margins on non-core activities are paper-thin and, unless executed well, a multi-purpose strategy can end up costing and not making money. The past few years have seen SMSA maximising ticket and other match day revenues against secured fixed income such as those attributable by the commercial rights; although opportunities to sign up name sponsors, advertisers and sponsors were few, hospitality sales were boosted by engineering revolutionary new products.

What everyone now expects at FNB Stadium as an attraction has broadened to a mixture of entertainment and pure sport. The high management and maintenance cost of this facility has led to demand for alternative uses and inbuilt revenue generators by SMSA. SMSA ensured its multi-discipline and exible use as a sport facility anchored by a unique concert revenue stream responsible for cross funding under certain circumstances.

Apart from the capital spent in terms of the fixed maintenance and the management operating costs the most significant market driver is the event operational expenditure incurred by SMSA. More and more of our non-traditional clients require financial guarantees to host their events and SMSA had to adapt to bidding on and/or guaranteeing these type of fixtures. Jacques has in influenced some industry best practise under Jacques’s leadership SMSA hosted the best ever Soweto Derby at the new Orlando Stadium on 20 February 2010.

The awe-inspiring influx of unorthodox Blue Bulls rugby supporters to the Orlando Stadium in 2010 most certainly stands out as one of the most memorable high points in the history of SMSA. Together with the Blue Bulls Company, Rugby Union history was made. The Super 14 semi- final on 22 May 2010 and the final on 29 May 2010 were both sold out at Orlando Stadium, a feat far beyond what was envisaged by any of the stakeholders and organisers involved. These events, strategized and secured by SMSA, set the tone for a new era in venue management and a pre-cursor to a spectacular World Cup. 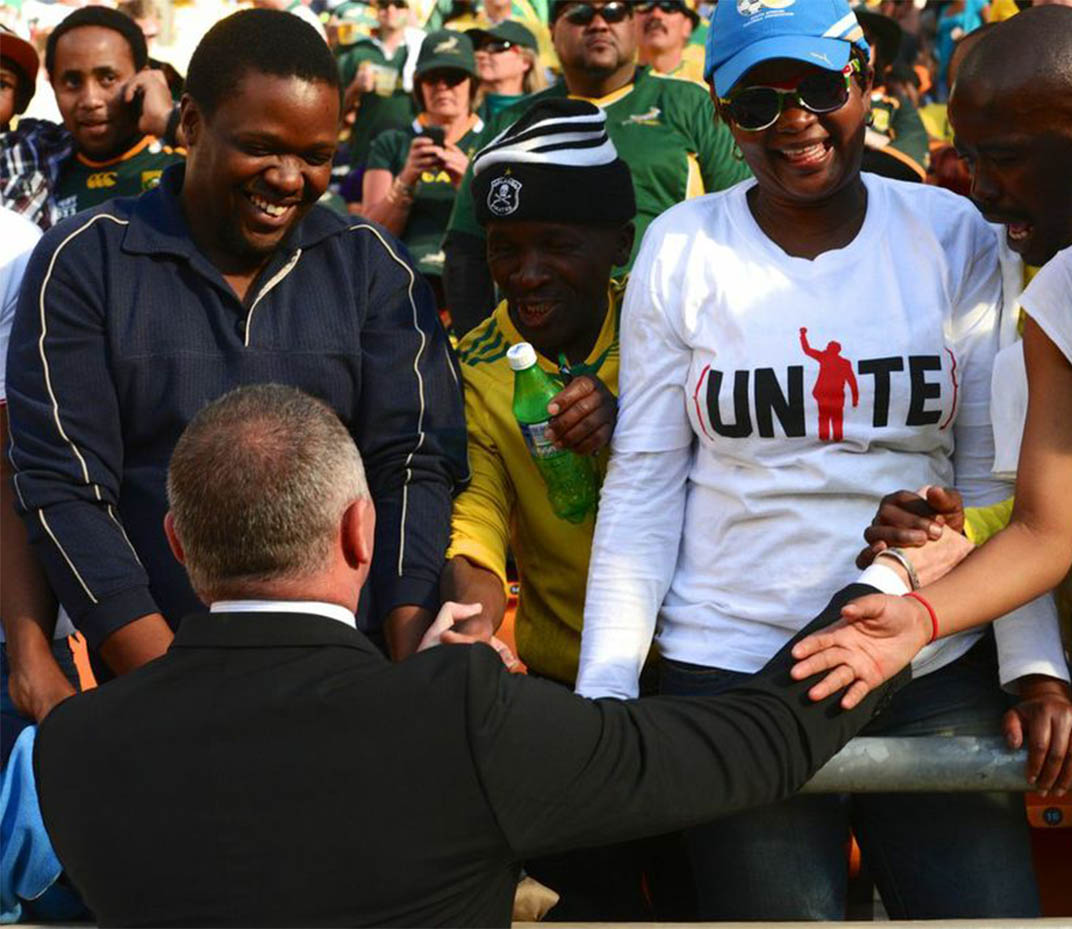 SMSA inaugurated the new FNB Stadium on 22 May 2010, in conjunction with a sold-out Nedbank Cup Final, on the same day that the Blue Bulls played against the Crusaders at Orlando Stadium.

Many months before the 2010 FIFA World Cup were spent by SMSA meticulously planning and executing a unique business plan unseen in South Africa and in the history of stadium management. At the same time major contracts were secured ensuring sustainability after the final whistle on 11 July 2010. These contracts laid the path to the full commercialisation of SMSA and the stadia under its management. It ensured that the FNB Stadium will host the biggest sport fixtures like the Soweto Derbies between Orlando Pirates Football Club and Kaizer Chiefs Football Club as well as international football and rugby matches, together with international music concerts. We have succeeded in all our goals.

Jacques and his board continued planning the legacy sustainability of SMSA, under whose management FNB Stadium as a preferred venue, continued hosting the prime of the prestigious PSL Cup Competitions such as the Nedbank Cup, the last ever Telkom Charity Cup, the MTN Cup and the Telkom Cup.

Having considered that soccer in South Africa is a concentrated market with arguably only 10% of the clubs capable of generating 70% of the revenue SMSA engineered groundbreaking revolutionary long-term hosting agreements with South Africa’s two largest football clubs, Kaizer Chiefs Football Club, Orlando Pirates at Orlando Stadium and also Moroka Swallows Football Club at Dobsonville Stadium. The agreements entered into with the clubs were revolutionary in many ways: (1) they recognised the potential future stadium commercial value of the club (2) they are long-term in nature which allows for the commercial opportunities to mature (3) they created partnerships between SMSA and the clubs.

Over the years SMSA became a specialist in the full-service commercial management of multimillion rand assets, including financial, operational and facilities management, as well as hospitality and event management. SMSA has grown beyond reason into the most innovative, successful and prominent and dominant stadium management business in South Africa.

What makes the achievements of SMSA more astonishing is the fact that SMSA is an independent stadium manager and manages the stadia on a full financial risk basis and receives no management fee, subsidy and/or grant from the City of Johannesburg or any form of government funding.

In comparison to other management fee based and/or municipal council based stadium management operations, SMSA is ultimately responsible for all the costs in managing the stadium and executing routine – and essential maintenance of the stadium. The operating budget amounts to ZAR 4 500 000 per month in managing the FNB Stadium.

SMSA ensured that the FNB Stadium, among others, remains a symbol of ongoing national pride, emanating from its grand debut at the 2010 FIFA World Cup and leveraging the highest economic potential o the multi-purpose adaptable venue that is capable of hosting events from soccer and rugby matches to festivals, music concerts as well as conferences and exhibitions. Opportunities to maximise the venue’s revenue potential are constantly realised. While the obligation of SMSA is to attract leading brands and clients who re ect the best synergy with the stadia, its ongoing commitment is to stimulate enterprise opportunities for the various sport, events and related industries.

Among the total events SMSA hosted a record of 10 derby matches in 44 months between Kaizer Chiefs FC and Orlando Pirates FC to date, nine of which attracted more than 80 000 spectators. SMSA has hosted three international rugby test matches and one double-header match.

SMSA has hosted in conjunction with Big Concerts nine international music concerts featuring U2, Neil Diamond and Lady Gaga among the many international A-list performers.